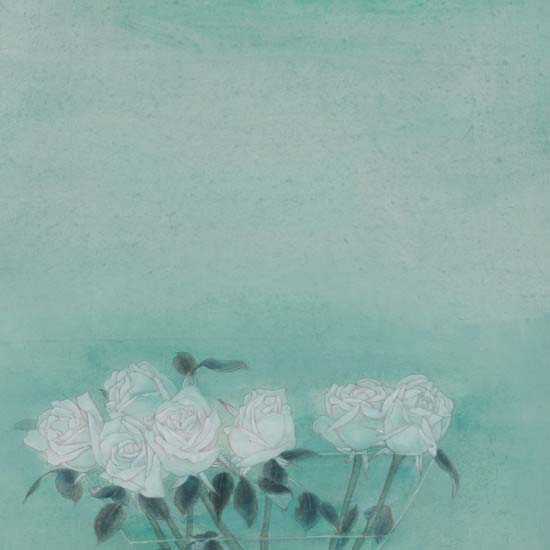 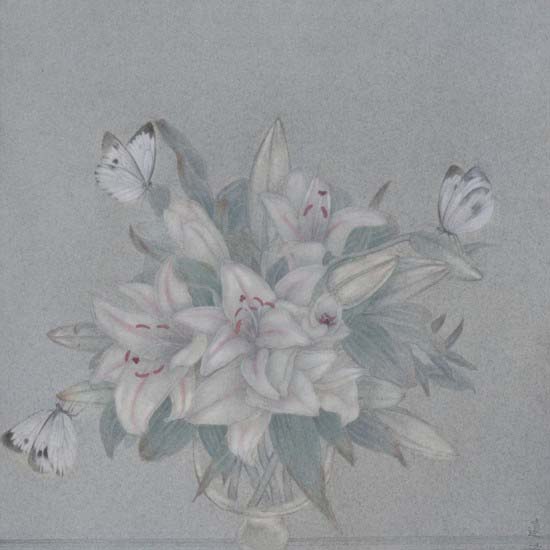 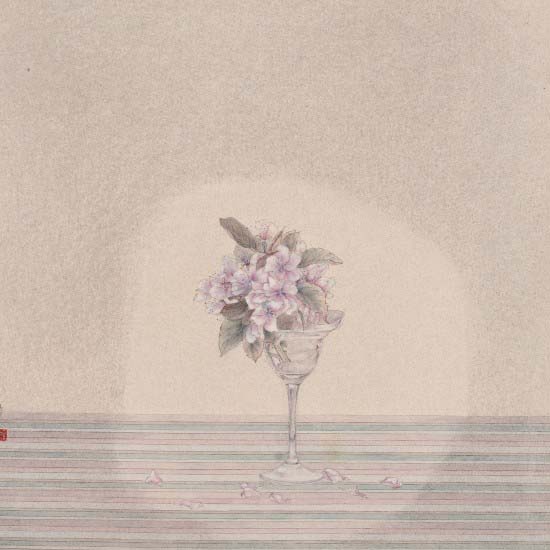 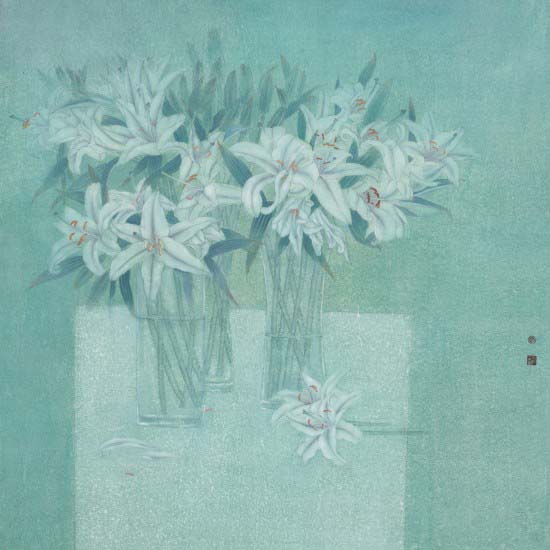 Butterflies In The Mirror 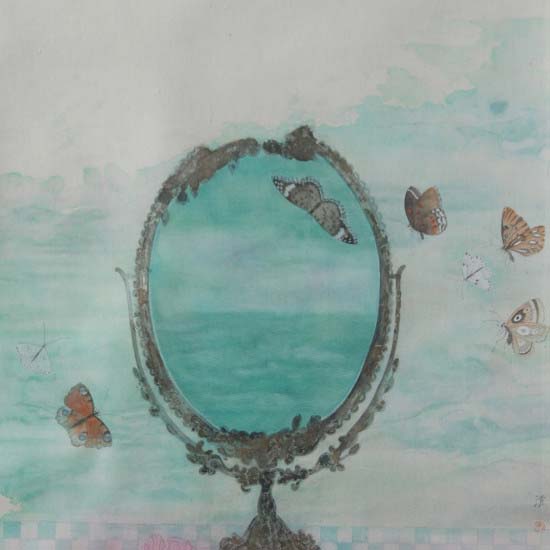 The Landscape in the mirror 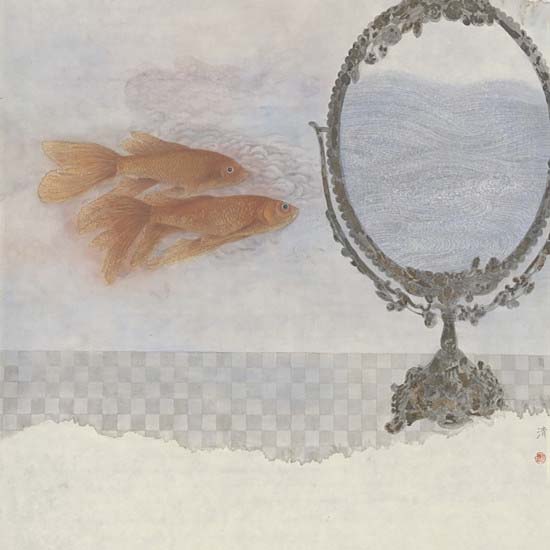 Deng Yuan Qing received her Masters Degree from the Central Academy of Fine Arts in 2013.

Deng’s works of ink on paper are drawn with the same intensity as Chinese traditional masters whilst using a contemporary subject and focus. Her latest series focuses its themes on flowers. Sometimes in fanciful settings with fish floating above flowers and sometimes in traditional images of flowers in vases, these images belie a deeper expression. Although executed in traditional Chinese technique, her pieces are always fresh and, as only significant emerging artists can do, evoke thought and reflections beyond the composed beauty of her pieces. Utilizing intense colors with a discipline of self-restraint, Deng captures effectively the transformation in the context of tradition of the contemporary culture of her time.