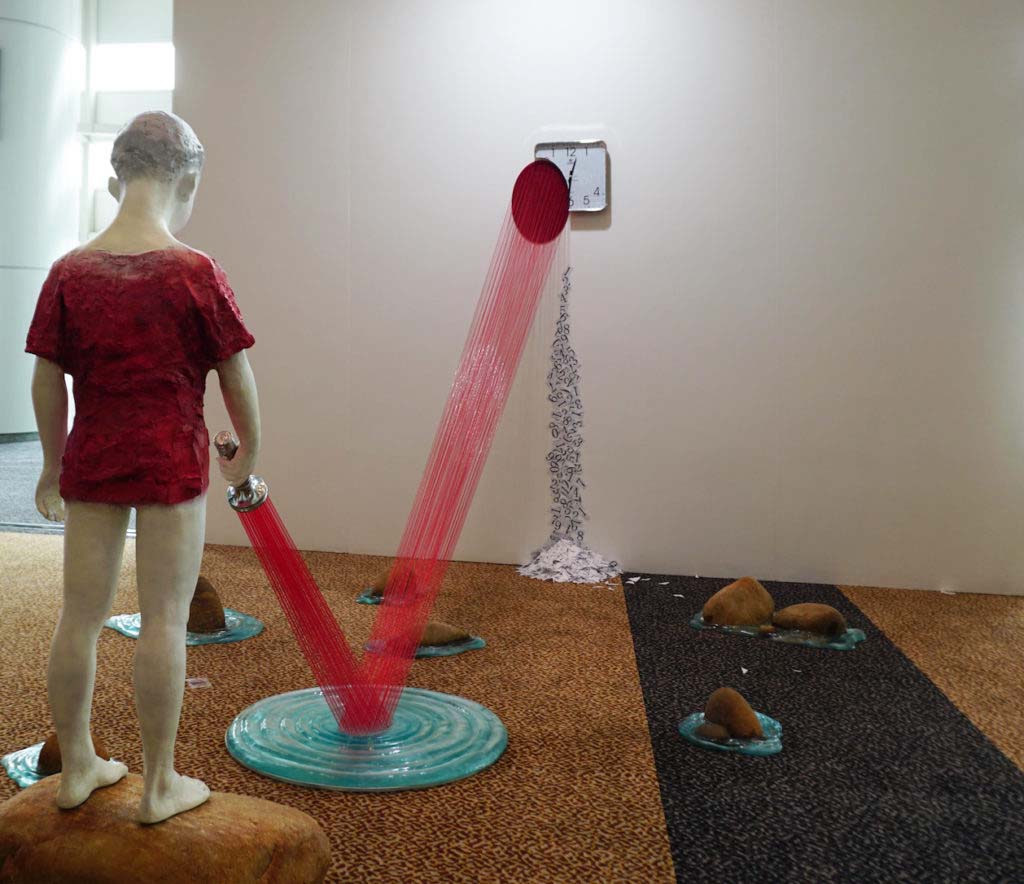 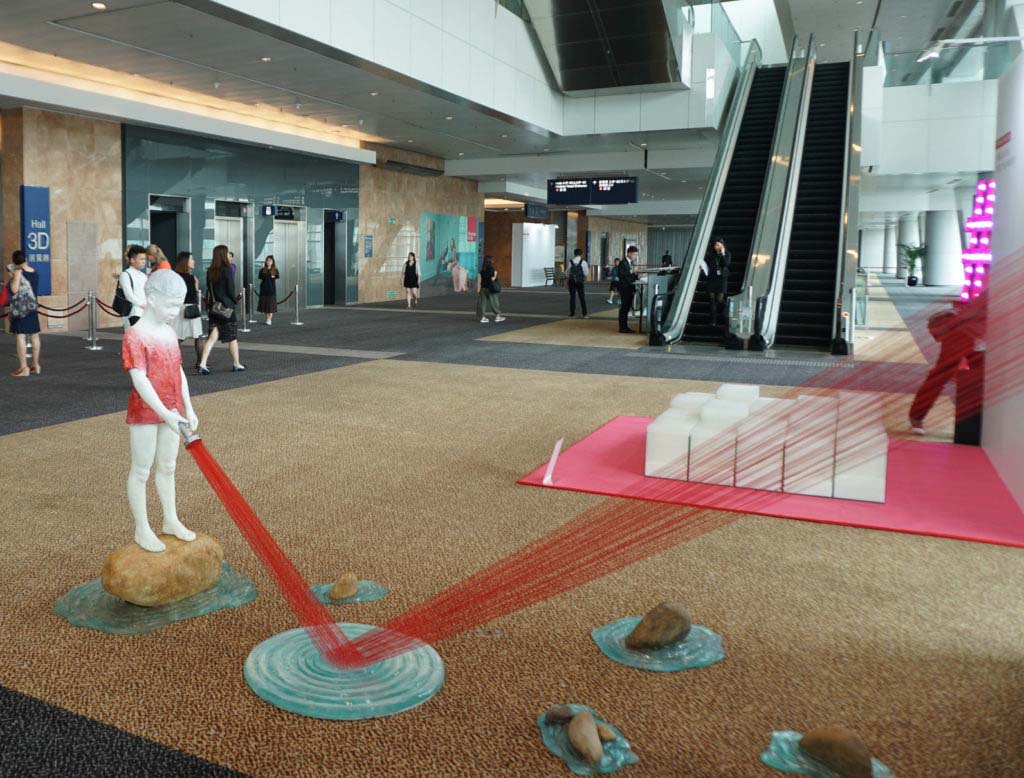 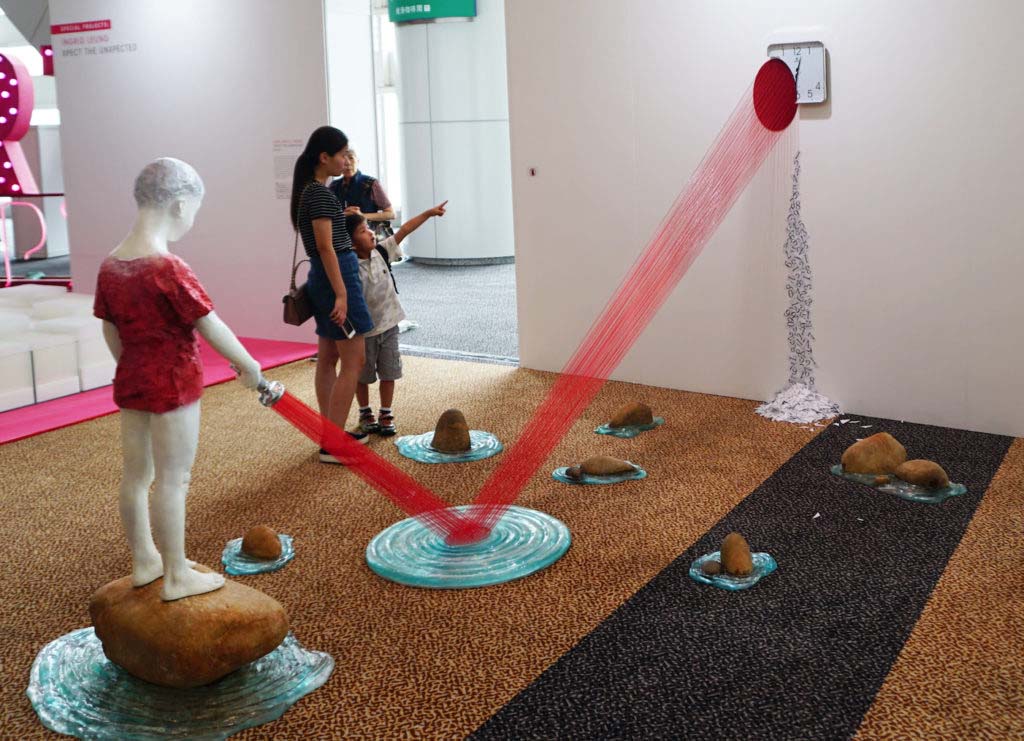 Liao Bin Bin: A Time;Times and Half A Time

The Dragon Year Gallery is pleased to working with Affordable Art Fair Hong Kong for a special project in 2017.
Liao Bin Bin (b.1991): A Time; Times and Half A Time
Curator: Will Cai Jiawei (b.1988)

Liao Bin Bin`s newest installation work " A Time; Times and Half A Time" will greet all entrants to the Affordable Art Fair in Hong Kong in May. It takes the next logical step, exploring the relationships between the four elements and time itself. Called Time, Times, and Half a Time, the title is an obvious reference to the Jewish and Christian books of Daniel and of Revelation. The same child Bin Bin has used before in others of his installations appears again but this time standing on a large rock. Shining his torch, the strings of light bounce off rocks and the pools of imagined water that lay above the rocks. Rather than refracting, the strings of light bounce around in conceptualized reflections until they hit the wall in the distance with the giant clock on it.