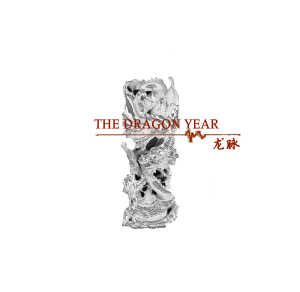 The Dragon Year Gallery began its development phase in a dragon year, 2012. The concept was a simple one: create a gallery capable of introducing international collectors to young Chinese artists and to the perspectives of life as seen through their eyes.

The reason was straightforward – because China is changing so quickly, much of what is being presented to Western collectors as contemporary Chinese art is, in fact, not representative of the newest or youngest generation of artists. “Contemporary” art as sold by many galleries actually reflects the style of artists in their forties and fifties and can be quite different to the trends amongst the newest generation. This presented an opportunity to create a gallery that could gain a reputation amongst collectors as having its finger on the pulse of what is most current.

This was the inspiration of the gallery’s Chinese name, The Dragon’s Pulse. In Chinese culture the dragon pulse is associated with Feng Shui as it flows through the land and becomes manifest at certain points points on geography. These are the places where the life blood of the culture that pulses through the landscape can be encountered. These “lay lines” (or dragon pulse lines) are most the auspicious places to erect structures or conduct work for those who are aware of their precise motions through the land. The pulse lines are mystically associated with the energy and creativity of a whole people as it is channeled through and transforms the landscape. This is the essence of the vision of the gallery – to be forever in touch with the pulse of art and creativity.

The gallery logo depicts these themes effectively – two dragons are locked in an engagement; one descends from the heavens and the other is earthbound and looking up. Out of their creative and spiraling interaction emerges the pulse seen in the form of a red line that resembles an electro cardiogram. The English name, The Dragon Year, refers to the importance of the gallery’s foundations and the renewing power of its vision. The Chinese name, The Dragon Pulse, highlights its perpetual connection with the power of the dragon’s creativity generating the renewing waves of culture that spring forth from its heartbeat.

As development began, because of the gallery’s dual commitment to being in touch with the newest creativity but representing art work that also takes into account the many thousands of years of history of Chinese art, The Dragon Year began an extensive search for the best and most insightful artists. Beginning with many thousands and visiting many hundreds of artists in their studios, it took a year and a half to identify thirteen artists that the gallery would represent.

As a further aspect of the development phase, the gallery first sought to educate and engage; a distinct approach from the current rush of most galleries straight into sales. Sponsoring lectures and events, the gallery built around itself a group of young professionals interested in the arts. Although least likely to afford art, this group was most likely to share the perspectives of the artists the gallery represents.

Finally, the development phase concluded with the gallery’s participation in a number of art shows. This completed a phase of testing the gallery’s approach and the viability of the artists and artworks selected.

Now the gallery is presenting the works of the best of China’s emerging artists for all to see.